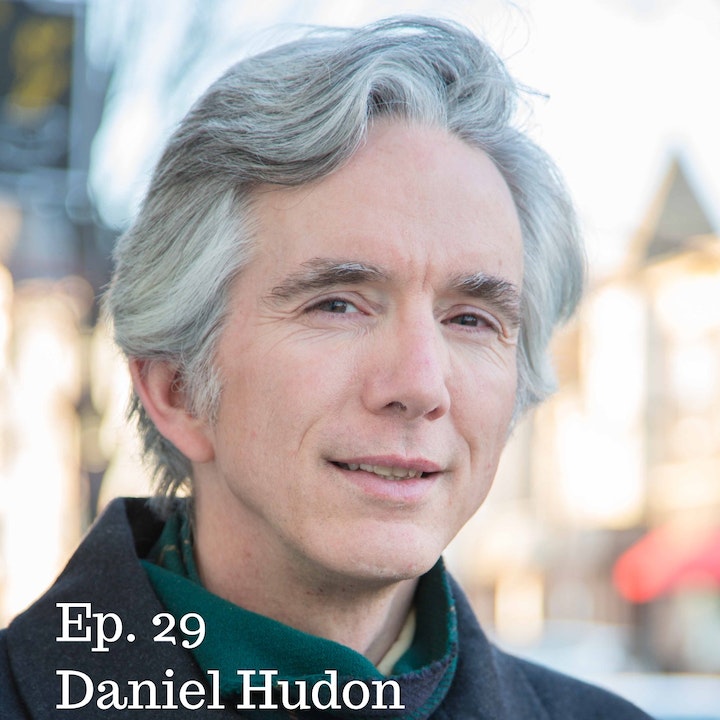 Daniel Hudon, originally from Canada, is an adjunct lecturer in math, astronomy and physics. He is the author of two books of nonfiction: a humorous intro to the universe, called The Bluffer’s Guide to the Cosmos and a lyrical prose compendium designed to raise awareness about the biodiversity crisis, called Brief Eulogies for Lost Animals: An Extinction Reader. He likes to go hiking and kayaking and to dance Argentine tango.

He can be found online at DanielHudon.com, @daniel_hudon, and in Boston, MA.

A quote read by Ashley from Tagore blazed onto a sign in a hillside stand of deodars in Simla, India:

Be still, my heart, these great trees are prayers, and as I watch them swell above me I see the symmetry of hands pressed together tapering skyward and try to remember when I last loved a tree so much I wanted to get lost in its forest, or even its shadow.

Once in a Toronto park I saw a maple sing out as if it was the last tree on Earth; never had I seen such red for in Alberta, where I grew up, fall was brief and yellow, without maples. I remember telling my parents about it on the phone. On my block in Boston, every autumn a maple turns red in a slow burn from the top down over several weeks, as if refusing to let its fire out too quickly. But last fall it turned early, dropped its leaves before the end of August and now bark is peeling away from the trunk. All winter I wondered if it would bud in the spring and now I know. I fear it will be removed and don’t know what I will do then.

Last year scientists said our planet had three trillion trees, enough to give each person four hundred and twenty two, a small forest and really, I’d like to know where mine are because I want to climb one of them, or perhaps build a treehouse, string a hammock between a pair, or walk among them as if they are elders of the Earth, praying for all of us.